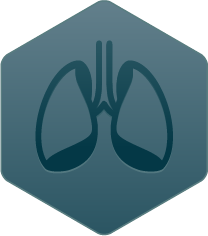 Regulated by the autonomic nervous system, inhaling oxygen is an unconscious process. Fortunately it’s an unconscious praxis, otherwise we simply wouldn’t have a break, as we’d have to deal with it incessantly. The amount of oxygen that we inhale through our breathing, influences the amount of energy that is released into our body cells. On a molecular level, this progresses via various chemical and physiological processes. Breathing is the easiest and most instrumental part of the autonomic nervous system to control and navigate. In fact, the way you breathe strongly affects the chemical and physiological activities in your body. Throughout the years, Wim Hof has developed special breathing exertions that keep his body in optimal condition and in complete control in the most extreme conditions. The breathing technique is first and foremost premised on inhaling deeply and exhaling without any use of force!

Wim Hof Method breathing is simple and easy — everyone can do it! Just follow the steps below. We recommend practicing right after waking, or before a meal, when your stomach is still empty. Note that WHM breathing can affect motor control and, in rare cases, lead to loss of consciousness. Always sit or lie down before practicing the techniques. Never practice while piloting a vehicle, or in or near bodies of water.
Step 1: Get Comfortable
Assume a meditation posture: sitting, lying down — whichever is most comfortable for you. Make sure you can expand your lungs freely without feeling any constriction.
1

Step 2: 30-40 Deep Breaths
Close your eyes and try to clear your mind. Be conscious of your breath, and try to fully connect with it. Inhale deeply through the nose or mouth, and exhale unforced through the mouth. Fully inhale through the belly, then chest and then let go unforced. Repeat this 30 to 40 times in short, powerful bursts. You may experience light-headedness, and tingling sensations in your fingers and feet. These side effects are completely harmless.
2

Step 3: The Hold
After the last exhalation, inhale one final time, as deeply as you can. Then let the air out and stop breathing. Hold until you feel the urge to breathe again.
3

Step 4: Recovery Breath
When you feel the urge to breathe again, draw one big breath to fill your lungs. Feel your belly and chest expanding. When you are at full capacity, hold the breath for around 15 seconds, then let go. That completes round number one. This cycle can be repeated 3-4 times without interval. After having completed the breathing exercise, take your time to bask in the bliss. This calm state is highly conducive to meditation — don't hesitate to combine the two.
4

Use the breathing bubble

The Breathing Bubble is an audiovisual guide that helps you maintain rhythm and pace during your breathing sessions. Simply watch the bubble as it expands and contracts,and follow with your breath. You'll hear Wim breathe alongside you, and entrancing background sounds help tune out your surroundings, allowing you to focus on nothing but your breath.

The Breathing Bubble is available in many different languages. Click any of the links to go to the YouTube Bubble in your desired language.

Don’t see your language in the list? If you think you have a voice that fits the Bubble, email us at support@wimhofmethod.com

Practicing the specific breathing exercises of the Wim Hof Method will release your inner fire. The exercises are focused on deep and rhythmic inhalations and exhalations, described by Wim as ‘controlled hyperventilation or power breathing’ and are followed by a retention time, where you hold your breath for a x amount of time. By practicing the breathing exercises, you are releasing more energy, influencing your nervous system and changing various physiological responses. You are inducing voluntarily a short stress response which ultimately will lead to more resilience towards everyday stress, mentally and physiology and feeling more in control.

Make contact with your heart and positively influence your blood circulation.

Enable your immune system to battle the symptoms of various diseases

What happens to the body during the Wim Hof breathing?

In short, the lower the level of carbon dioxide, the longer you can hold your breath. The impulse is just not triggered yet.

Furthermore, by systematically and deeply breathing in and out, the pH-value in the blood increases (making the blood more alkaline) whereas the acidity lessens. Normally, on average the pH-value is 7.4. By exerting the breathing techniques, this becomes significantly higher and can even go up to 7.75. As a result, 3 important physiological changes happen:

The red blood cells carrying oxygen have a difficult time releasing their payload of oxygen. Why? Because acidity normally triggers the release. If the blood is too alkaline the oxygen bound to the red blood cell does not release. This makes that the cells and tissues can’t receive oxygen even though blood oxygen saturation is at 100%. The oxygen is simply “stuck” to the red blood cell. This is also known as “Hypoxia”, which is defined as a deficiency in the amount of oxygen reaching the tissues.

This might sound scary, but this mild hypoxic state caused by the controlled deep breathing is soon back to normal again. At the final deep breath, breathing out and holding the breath will allow the blood to re-establish acidity and allow red blood cells to begin releasing their oxygen. Whilst holding the breath, no new oxygen comes back into the blood. As a result, oxygen saturation in the blood lowers and lowers as the body uses it up. Remember, there is also less carbon dioxide which makes the breath holding easier as well!

The body is now experiencing a short-term form of hypoxia, which is a form of stress at the cellular level. Cells are not getting the normal levels of oxygen and their metabolism begins to shift. This stress will signal the body to react and strengthen. The body’s sympathetic responses is activated and the pathways necessary to deliver that oxygen to cells are strengthened. These pathways could include a number of different systems, such as increasing red blood cells, increasing lung capacity, improved circulation and improved metabolic efficiency over the long term.

This short-term period of hypoxia is a positive stressor. It signals the body to react and strengthen and to better deal with stress in the long term. How does this work?

The breath is powerful. Your experience with it can be a very deep one. Bubbling up the unconscious mind, breaking stale patterns and powerfully experiencing one’s vitality. Enjoy its depth

While Wim’s achievements are without a doubt impressive, his method has received a lot of skepticism. However, in recent years, the benefits of practicing the Wim Hof Method are backed by a significant amount of scientific proof. Several scientific institutes including Radboud University and Academic Medical Centre (AMC) have tested Wim’s method, using randomized controlled experiments in the process.

The outcomes of these studies confirm that Wim and other participants are able to voluntary influence their autonomic nervous system, something that was thought impossible until then. Currently several studies are conducted that further explore the effects of the Wim Hof Method in areas as brain activity, metabolic activity, inflammation, and pain.

More about the science

When combined, the three pillars of the Wim Hof Method provide an extremely powerful tool to awake the dormant energy that is lurking inside all of us. Combine the breathing exercises with power-ups like yoga poses and pushups and discover your real inner strength. Completing Wim’s breathing exercises will prepare you for exposure to the cold.