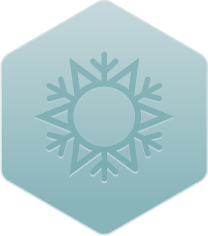 Exposing ones body to cold temperatures is one of the three pillars of the Wim Hof Method. In recent years, cold body therapy has gained serious popularity, because it is linked to numerous health benefits. Some people, including professional athletes, bodybuilders, and celebrities even swear by whole body cryotherapy. This kind of therapy is characterized by standing in a sealed container for a short amount of time, while extremely cold air is circulated around the body. As whole body cryo therapy is relatively expensive and not widely available, methods like the Wim Hof Method provide an affordable alternative. You can practice the method from within the comforts of your home, by taking a cold shower, so you can already start reaping the benefits of cold body therapy today!

Frequent exposure to cold is linked to a number of different health benefits. For example, scientists have found evidence that exposure to cold speeds up metabolism. Another benefit of exposing your body to cold is that it reduces inflammation, swelling, and sore muscles. Therefore, many athletes use ice baths and other types of exposure to cold as a means to speed up recovery after physical exercise. Furthermore, cold body therapy is also linked to improved quality of sleep, more focus, and even an improved immune response.

Cold is an important component of the Wim Hof Method, which is applied in the form of cold showers and ice baths. Participants of the WHM report health benefits that range from higher energy levels to relief of symptoms caused by autoimmune diseases.

As a result of his method, Wim Hof is capable of extraordinary things, such as standing in a container filled with ice cubes and running a half marathon in the snow on his bare feet. In recent years, several scientists have performed controlled experiments to proof the powers of the Wim Hof Method and to unravel the mechanisms behind it. In a study carried out by the Radboud University, followers of the Wim Hof Method and non-followers were both exposed to a pathogen, while being closely monitored. The participants that practiced the Wim Hof Method showed an increased immune response and fewer symptoms of diseases. In another experiment, Wim himself was closely monitored in a cold environment and in a neutral environment. The results of this particular study showed that Wim’s levels of brown adipose are very high for a man of his age, but only when measured in a cold environment. Many more studies are currently conducted to expose the effects of the Wim Hof Method in areas such as stress, metabolism, and inflammation.

With his Wim Hof Method, Wim Hof teaches ordinary people how they can take more control over their own bodies. During our step-by-step online video course, Wim will teach you everything there is to know about his powerful method. You will start with breathing exercises and meditation, and will gradually expose your body to low temperatures by taking cold showers. Within weeks you will feel more energetic, less stressed, and better rested. Thousands of people from all over the world already benefit from the Wim Hof Method.

The Wim Hof Method is a very powerful method that can teach you how you can consciously influence your own body. The method is built on three pillars, which are breathing, commitment/mind-set, and exposure to cold. To benefit from Wim’s method, all you have to do is watch the videos and follow the exercises. You can start your journey today by signing up for our online video courses.