Trained in the Special Forces *** scientific Education MSc MA Finance & Behavioral Psychology *** worked in Investment Banking in London, Frankfurt and Vienna *** stumbeld upon Wim Hof, trained with him in Holland and Poland which changed my life*** studied Buddhism & Meditation with a Japenese Monk*** Trained with the Big Wave Surfing Legend Laird Hamilton and became Xtreme Performance Coach *** studying MOVEMENT under guidance of Ido Portal & his Team***

The whole story.....  I was well on my way to starting a career in Investment Banking. After my time with the Austrian Armed Forces, which I spent mainly in the Special Forces, I completed two master's degrees and specialized in Finance & Behavioral Psychology. I worked and lived in London, Frankfurt, Melbourne and Vienna. I was firmly convinced that this was my life. Until, after a long journey through central & south america and some deep experiences, I began to question everything about my life and chaos broke out inside of me. Gradually I realized that this was not my path, but a construct of expectations, goals and values that strongly influenced me from the outside, but did not correspond to my inner nature.

I traveled around the world without actually knowing why... I was looking for adventures, cool photos and fun. The real reason remained hidden to me for a long time until I came across Wim Hof... it became clear to me that we travel to have experiences and meet people who will change our lives forever. We travel to find our own truth without being aware of it...

On the very journey where I least expected it, I came into contact with breathing exercises and breathing techniques for the first time. I was amazed how much one could influence one's own body, I was amazed that in Western education hardly a word about these so fundamental abilities is lost.

The Wim Hof Method dragged me out of a dark period in my life, where everything I worked hard for no longer seemed to feel right anymore and I kind of lost the sense of who I thought I am. Starting my days with the Wim Hof Method I was successfully able to finish my studies, even though it seemed to me to be almost hopeless at that time. I left my job in the bank behind me and started my own business.

The Wim Hof Method caused profound changes inside of me and gave me back so much of life that I longed for an explanation, a deeper understanding of this transforming process. I travelled to Holland and Poland to be personally taught and trained by Wim Hof about body and mind control, breathing and so much more.

I was amazed at how much hidden potential is slumbering inside all of us and just waits to be unleashed that it subconsciously developed into my life task to learn more about our body and mind, I became obsessed with it.

I travelled almost the whole world, but I found what I was looking for almost right on my doorstep. I had the great privilege of spending a lot of time with a Japanese Buddhist Monk over the years. It was a very transforming and probably the most important time in my life so far. What I was able to learn there will accompany and guide me throughout my life.

In the course of time my travel behaviour has changed a lot. From the initial backpacking and hostel life to a more simpler, more exciting and culturally connected way of traveling. I began to spend more and more time on my own in the wilderness. This led me to my ultimate adventure and test. I set off alone from home, I went on a walking journey where I didn't know where it would take me. I didn't want to know, I wanted to live the uncertainty and meet my deepest fears. I went east as far as my legs could carry me daily, shouldering all my belongings on my back, and spending the nights in my tent. What happened in the first few weeks is hard to put into words. Loneliness, silence, fear, uncertainty and physical strain brought me to my physical and psychological limits. It was exciting to observe how crazy and irrational our mind can play and that what I have learned in the past years proved itself in practice. Even though I thought I was losing my mind from time to time, I was able to overcome those difficult moments and move on.

Earlier than planned I returned home because an incredibly sad event shook my family and myself. It was immediately clear to me that I had to go back now to be with my family.

This time made it obvious to me how fragile and insecure life is, even though we are largely unaware of it. I realized how my experiences and insights of the past years helped me through this ultimately sad period and I knew that I would not simply continue my walking adventure. It was time to get active and share my experiences.

In summer I was a guest in Malibu, with Laird Hamilton, probably the most famous Big Wave surfer and friend of Wim Hof. Also some top athletes and elite soldiers took part in this training. Laird is still obsessed with surfing the biggest waves in the world and over time has developed an exceptional training programme to develop and maintain his mental and physical states. An extraordinary personality and a journey from which I could take much with me.

I am now training under the supervision of Ido Portal, who started an incredible holsitc movement practice, which was and still is another big eye opener in my life.

Im ready to go and help Wim to show the people how much potential we all have inside of us to be healthy, strong and happy !

Trained in the Special Forces *** scientific Education MSc MA Finance & Behavioral Psychology *** worked in Investment Banking in London, Frankfurt and Vienna *** stumbeld upon Wim Hof, trained with him in Holland and Poland which changed my life*** studied Buddhism & Meditation with a Japenese Monk*** Trained with the Big Wave Surfing Legend Laird Hamilton and became Xtreme Performance Coach *** studying MOVEMENT under guidance of Ido Portal & his Team*** 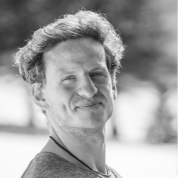